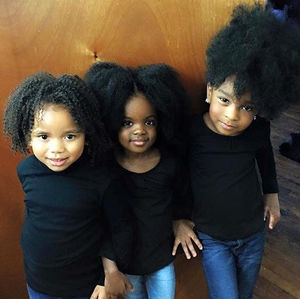 Protect The Girl Child is our ongoing campaign to help raise awareness and funds to stop harmful hidden practices against women and girls by encouraging financial autonomy.

The story behind the Protect the Girl Child campaign is one of child sexual abuse.

Mindy hardly knew her father. He would come out of the blue to visit her perhaps once a year, bringing sweets and toys, and then he was gone. She lived with her maternal grandparents, as her mother was a drug addict. When her father came to see her that summer, she had just turned 11. She was surprised that he wanted to take her to stay with him for the holidays - he never had before. She was excited too, until she got there and realised she had to sleep in his bed with him. Not only that, but he told her she was now a young woman and ready for lessons a father has to teach his daughter. She was raped that night. And all the nights over the next two years that he kept her away from her grandparents.

We want little girls like Mindy to know what a healthy relationship between a father and a daughter should look like, and this is what our FREE ME TO BE ME Domestic Abuse Ambassador training aims to achieve. Every £1 you give goes a good way to making this happen.

The restorative surgery is seemingly a godsend for women who unwittingly underwent FGM as children — offering the chance to both physically restore sensation and also the opportunity to reclaim their own sexuality.

Story behind the campaign

Somayaa underwent FGM as a child. She is not angry with her parents but she does want the option to reverse this injustice and access sexual pleasure like any woman.

A growing number of women are demanding this operation be carried out on the NHS, otherwise they’re facing payments of £10,000 or more.

I want back my clitoris, I want it back. I did not give consent for this to be done. Allah gave me 8,000 nerves that serve pleasure . . . I’m missing out!